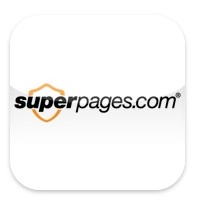 There’s been lots of talk about how the newly minted SuperMedia (formerly Idearc) is repositioning itself as it emerges from bankruptcy. Some of this is about branding but a great deal of it also involves the longstanding evolution of how it sells media at the local level.

Part of this overall strategy will involve mobile, as we’ve discussed with Director of Mobile Products Peter Schwab over the past year and at DMS. Speaking of mobile (and branding), one of the first signs of the company’s new “face” comes across in the Superpages iPhone app (our initial review here).

Most of the differences in the newest version are aesthetic, including the noticeable departure from the industry defining yellow palette and walking fingers. Though Supermedia has made clear that it isn’t abandoning print directories, it does appear to be walking away (sorry, bad pun) from the fingers and iconic yellow.

The color scheme is rather more orange throughout the app. It could prove to be a smart play — not only in line with an overall rebranding, but also to differentiate from competitive IYP apps whose icons appear similar on the surface. A few others get points here as well for recent redesigns. 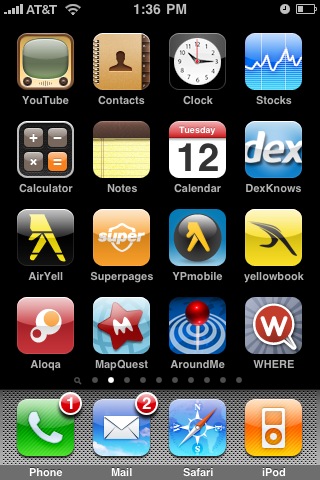