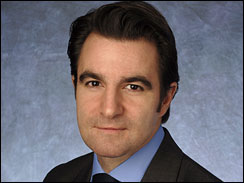 Outgoing CBS Interactive head Quincy Smith, in a New Teevee Live interview conducted by Om Malik, said he continues to have confidence in the future of TV, which is unlikely to suffer the same disruptive fate that many people are assuming for the music and newspaper industries.

“The future of TV is video, wherever you watch it,” said Smith. “Two minutes of CSI [on the Internet] might have more impact than any 44 minutes of CSI on the network or its [local] affiliates.” It’s not the same as a pirated MP3 of a three-minute Beyonce song killing off potential album sales.

The key to the industry’s future success is to make sure that “if you watch it, it counts,” Smith added. “There are 120 million reasons [i.e., viewers] to make this work.”

Looking forward, Smith says the role of interactive remains its superior targetability and return-on-investment tracking. In that regard, it remains highly complementary to the mass market, reach and frequency characteristics of traditional over-the-air and cable/satellite/telcoTV delivery. It is also constantly generating new adjacent programming opportunities, such as fantasy sports.