Deloitte released a report indicating this holiday season will see a bump in shopping search performed on mobile devices (in addition to social and other online media).

Specifically, 19 percent of survey respondents claim they’ll use mobile search for gift shopping. The breakdown within this sample is 55 percent for store locations, 45 percent for price comparisons, 40 percent for product specs, 32 percent for coupons and 31 percent for reviews.

This bodes well for local shopping engines — particularly those that offer real-time inventory and pricing, such as TheFind and ShopSavvy, and the “magazine apps” of NearbyNow.

Speaking of which, NearbyNow has announced that it will aggregate many of the data from its magazine apps into one uber holiday shopping app. For those unfamiliar, NearbyNow powers shopping apps for retail-centric consumer magazine such as Lucky, Seventeen and Runner’s world.

As we’ve examined, this is a great way for magazines to continue the engagement levels with their magazine readers and push them further down the purchase funnel. This is underscored by NearbyNow CEO Scott Dunlap’s claim that some of these apps have seen more downloads than the magazine itself has subscribers. That’s huge.

This all has implications for magazine advertisers — at a time when advertiser retention is vital for traditional media. The appeal lies in bundling a measurable component with what was otherwise an impression based media. More bang for their buck in other words.

This also happens at a time when the term of the day in mobile marketing is “cross media integration.” Lots of talk about this at mobile conferences from ad agencies and networks. NearbyNow is one of the few companies pulling it off from the publisher end.

One downside is that the app’s usage ramp has the potential to be lost after the holiday season, when its holiday-centric branding falls out of context. The company could, however, channel this usage into its other magazine apps with strategic branding and linking.

This reminds me of speculation I’ve made in the past, which hasn’t fully panned out in any way that I can prove, but I stand behind its logic: The holiday season has the potential to drive people to mobile shopping products where they’ll see the benefits and return for non-holiday uses.

In other words, this time of year can cause a bump in mobile usage that accelerates overall adoption curves we see in the market. Lots of possibilities here. I’ll give the NearbyNow app a thorough test drive and report back. Download it for yourself here (link opens iTunes). 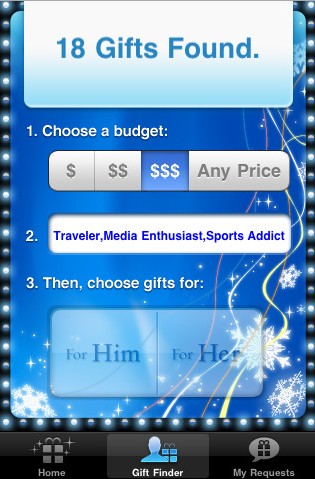 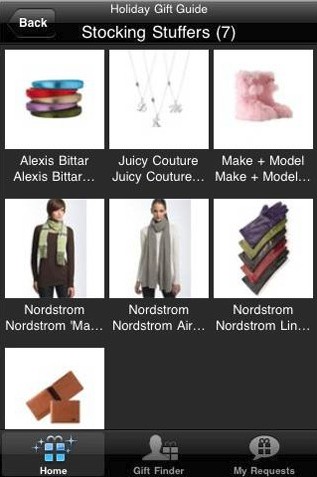