Yell has announced that its iPhone app is available for download in Apple’s App Store. It has been available previously but it’s now official. The app itself will allow users to search the 2 million local business listings on Yell.com (see the promo video).

This comes weeks after the publisher announced that its mobile search widget will come pre-loaded in the “widget gallery” of Samsung phones sold in the U.K. It also comes as the iPhone begins to take the U.K. by storm. It’s now available there from three carriers (Vodofone, O2 and Orange) and price competition is further driving adoption.

Yell’s head of mobile, David Pearce, spoke two weeks ago at DMS and expressed excitement over the iPhone’s growth potential in the U.K. market and elsewhere where the publisher has properties. Much of this has to do with the higher levels of engagement of iPhone users and the device’s leading traffic share among smartphones.

He also showed interesting data around mobile searches in general — further solidifying the opportunity for publishers. In this case, he filled a missing data gap, which supported the notion that mobile searches are happening times and places when people are away from their PCs (read: incremental).

So as publishers move toward the leads-based model they are all talking about (delivering business leads across platforms), mobile can be viewed simply as a source of more leads. This viewpoint may undervalue mobile leads, or the levels to which they convert vs. online or print. But it’s an easy way for publishers to swallow the concept of mobile monetization at early stages.

Eventually, there will of course be discreet monetization in certain categories known for high-value leads (autos, etc.). There is also an opportunity to monetize categories or headings that underperform in print or online; Pearce’s data show that mobile doesn’t just bring incremental leads, but also incremental categories. 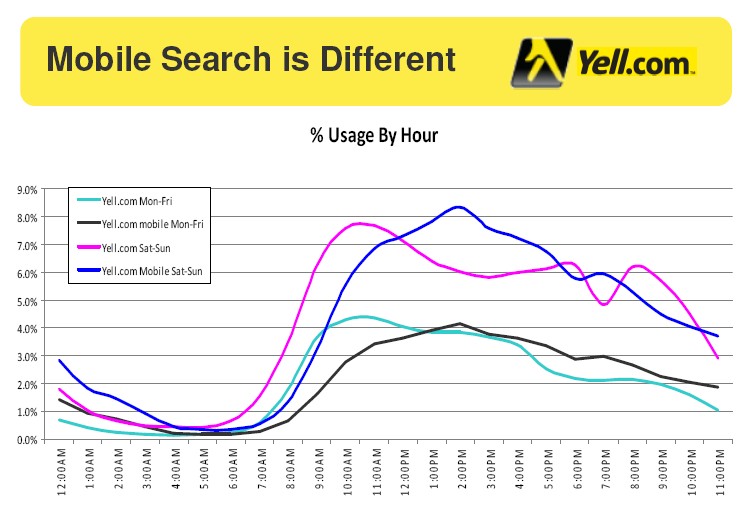 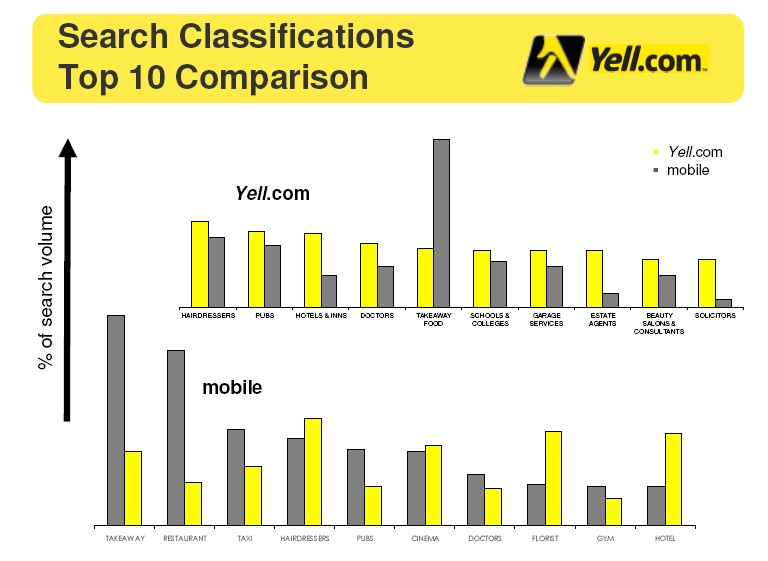