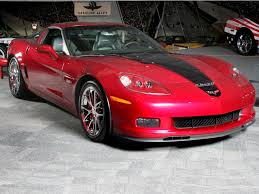 Here is a valuable marketing lesson for Yellow Pages, newspapers and broadcasters.

You probably remember Victor Kiam’s famous commercials for Remington shavers from 1979 when he said on camera, “I liked the shaver so much, I bought the company.” It got your attention because here was a guy who was putting everything on the line for his new company. The commercial convinced a lot of people to try an electric razor and their sales ballooned.

Now Ed Whitacre, who by all rights has earned retirement after working for the Bell System since 1963, is becoming the new public face of General Motors. Whitacre rose to head SBC in 1990 and after a series of acquisitions including AT&T (whose name the company took) was the driving force that made it the largest telecommunications company in the world. He was successful in great measure because he was willing to take risks as the leader of an organization that was not known for going out on a limb. In July, he accepted the job of chairman of GM as the automaker came out of bankruptcy 60 percent owned by the government. Unlike Kiam, he may not have his own money on the line, but he certainly has his reputation at stake.

Those stakes just got a lot bigger when he agreed to take a page out of Lee Iacocca’s playbook and be the chief spokesman for the new GM. Here’s a 1984 TV ad where Iacocca tries to convince people to go into a Chrysler showroom and says “if you can find a better car, buy it.”

What Whitacre is offering is a much bigger deal than Iacocca’s selling quality, hard work and ambition of American workers. GM is trying to get people into showrooms by offering a 60-day money-back guarantee. Here’s one of the ads. Notice that Whitacre’s approach is much the same. “Put us to the test. Put us up against anyone and may the best car win.” Meanwhile Whitacre is walking through a design studio much as Iacocca wandered through a plant.

Kiam and Iacocca took huge risks when their backs were against the wall, and they succeeded. Arguably, Whitacre’s challenge is even greater, but GM is going where no automobile company has ever gone before by offering the 60-day money-back satisfaction guarantee. I asked Chip Perry, CEO of AutoTrader, how big a deal this was. He said “in this environment anything that helps remove uncertainty, reduces risk and encourages people to come into a General Motors’ showroom is bringing a new level of benefits to consumers in the car buying business.” I agree and believe this is a game changer. If it works, other companies will be forced to copy it. And even if it doesn’t, it will attract attention. Personally, I love the offer.

An article in the current issue of The Atlantic by Jonathan Knee, Bruce Greenwald and Ava Seave argues that media companies have been underperforming other industries long before the Internet. Newspapers, Yellow Pages, broadcasters and other media companies that are in trouble need to try new things. Importantly, they need to get everyone in the company fired up, enthusiastic and believing in the opportunities that the new initiatives involve. Where do you look first? At your core business.

Too many people don’t understand that some products have to be sold while others are bought. Whitacre is putting a successful 45-year career at stake to get people into showrooms where good salespeople can help people buy. Media companies, whether B2C or B2B, need to try dramatic new offers to attract new buyers. The place to start is with the business they know best.