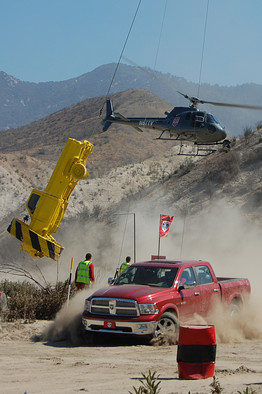 A recent article in The Wall Street Journal, “Marketing Tools Stretch Ad Dollars,” exemplifies our thinking about the evolution of the ad market. The article details how Chrysler Corp. uses fresh data on the performance of its TV commercials to tweak them to be more effective. Ad performance is measured by traffic and activity on the Chrysler Web site. This is an intriguing example of using online analytics to measure the performance of offline ad media.

Chrysler’s ad agency, Organic Inc., a unit of the ad giant Omnicom, was seeking a more accurate way to measure the effectiveness of expensive TV ads — given the reduction in media spending that has been forced on Chrysler by the current economic environment (and Chrylser’s new federal overseers).

Under Organic’s leadership, a multidisciplinary team developed a “media modeling” system to determine ad effectiveness and ad budget allocation. They essentially worked backward from Chrysler’s sales targets to figure out what performance level was necessary for its advertising. Then they used Chrysler’s Web site traffic and activity to measure that performance.

The Wall Street Journal article points out that advertisers have long used analytics and forecasting tools. However, Chrysler’s application moves this to a whole new level of sophistication and quick cycle time.

We believe advertisers — large and small — are hungry for this type of information. In our Local Commerce Monitor Survey (August 2008), SMB respondents indicated that “demonstrated media performance” was the single most important influence in making advertising media decisions. (Thirty-one percent of SMB respondents identified this as the “first biggest influence”.)

Chrysler’s future in the auto industry, whatever it may be, is not the point here. The point is that ad content development, ad performance analytics and ad budget allocation are evolving rapidly.