I recently spent some time talking with Cirius Technologies, whose AdLocal platform targets mobile ads based on users’ location. BizDev Manager Tomi Brooks claims the company is seeing 2X clickthrough rates on mobile ads that are location targeted versus those that aren’t.

The self-service CPC-based mobile ad platform has an intuitive interface that has similarities to Google AdWords’ dashboard. In that way it meets many advertisers’ expectations, including the ability to target based on keywords, days of the week and location. Like many online SEM platforms, advertisers can target locations using a radius tool.

The difference here, however, is that advertisers target locations much more specifically. Online SEM geotargeting is typically done through a combination of geographic keyword bids and radius targeting ( based on users’ IP addresses). But there are well-known deficiencies of IP targeting when compared with the more precise location targeting that mobile offers.

The other thing that sets AdLocal apart from Google is how ad relevance is determined. AdWords determines ad placement based on a combination of highest keyword bid and contextual relevance. AdLocal targets mobile search queries in a similar way, but relevance is more dictated by a user’s location and how it matches the advertisers’ radius targeting.

It’s a nice platform — of course it will only be as good as the size of the publisher network it is able to form. Cirius has already built up a sizable ad network in Japan and is currently building its network in the U.S., which Brooks will handle. He’s currently courting lots of mobile publishers that he can’t discuss yet.

On the advertiser side, it will target agencies, as it’s done in Japan, as well as direct advertisers that have localized constituents. According to Brooks, this includes franchise-based businesses such as restaurants, hotels and auto dealers. He says the company has done particularly well in Japan with fast food restaurants.

There are clear differences between the two markets, Brooks acknowledges, involving quantity of mobile usage (search volume) but also qualitative differences. One difference is that the majority of mobile Web activity here happens on iPhones versus non-smartphones with mobile browsers.

It comes down to the difference of accessing the mobile Web via apps versus WAP sites. This will lead Brooks’ opportunity more in the direction of publishers or ad networks in the app realm. These could include AdMob, which has a commanding share of the ad inventory across iPhone apps.

Currently, most mobile advertising served by AdMob and others is contextually targeted but not geotargeted beyond city level. This has a great deal to do with the brand advertisers and agencies that are advertising with AdMob, and the terms in which they currently think (they rarely go deeper than city level).

But when the location targeting abilities of mobile devices become more widely appreciated as a tool for advertisers (it will happen), agencies and brand advertisers will eventually catch on. Brooks hopes AdLocal will be there when they do, and that it can plug into the likes of AdMob with advertisers willing to pay a premium to target specific locations.

Because it can only go so far with a self-service model, and the agency approach, it will also look to supplement these with a channel strategy to gain access to more SMBs out there. SMB advertiser demand for mobile marketing will trail behind larger advertisers, but it will come. 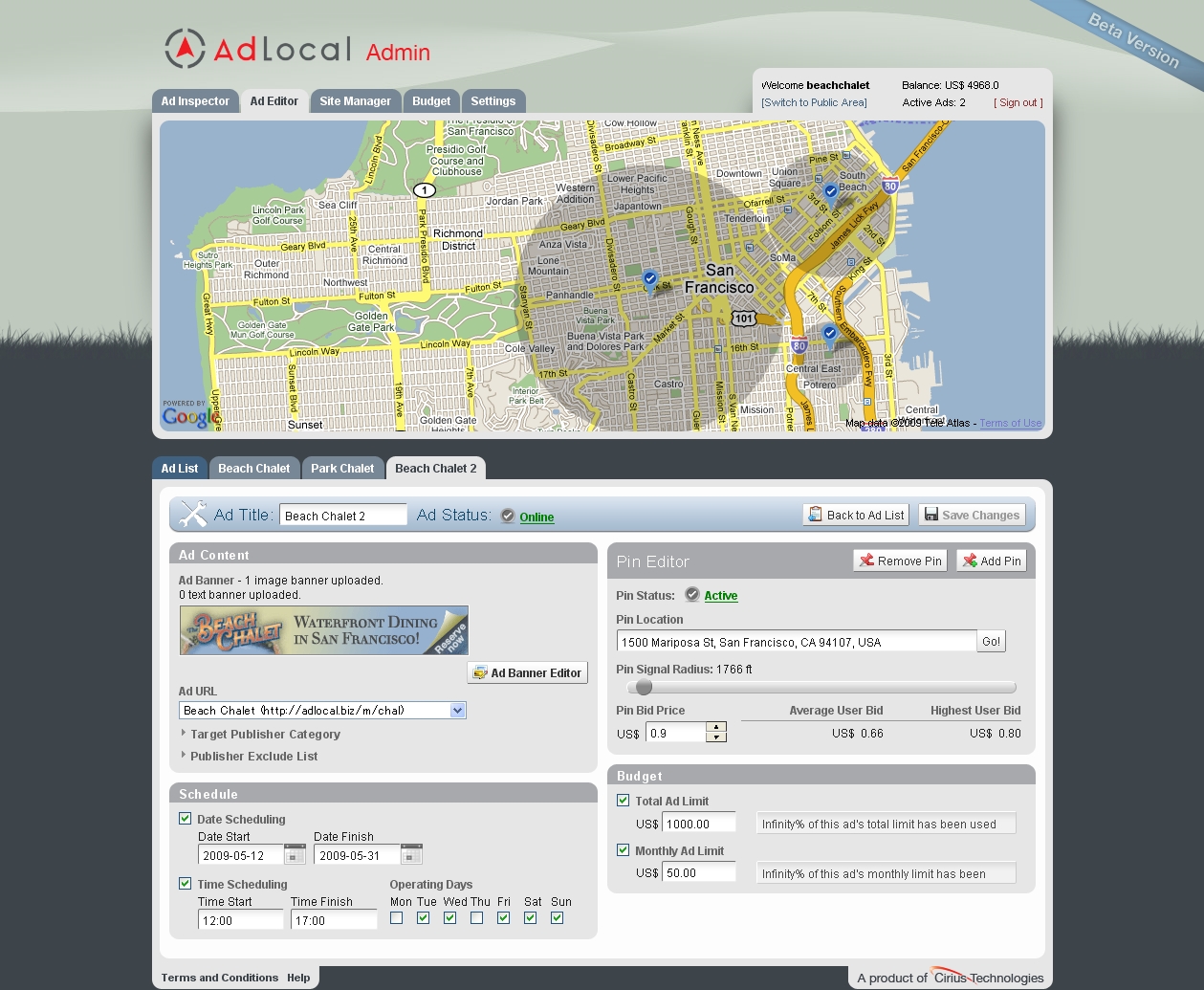