On a recent visit to Stockholm, we sat down with Eniro President and CEO Jesper Karrbrink, who is managing Eniro through a strategic shift described in a presentation late last year as moving “from print dependence to online opportunity.” In a videotaped interview, Karrbrink insisted that Eniro’s product is its content. Print directories, the Internet, mobile phones and so on are merely “distribution formats” in his view. “This is a database company,” he said. Karrbrink compared directories to the music industry, which he said would be out of business had it determined its business was manufacturing records rather than distributing music.

The interview covered a wide range of issues, including: 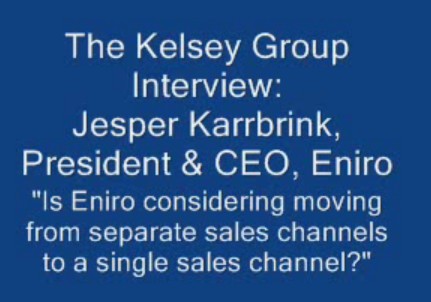 A more detailed write-up with more video excerpts will soon be delivered to clients of The Kelsey Report.