After Apple’s July 2008 introduction of the App Store, we’ve seen others follow suit, such as Google’s Android Market, Palm’s Software Store, and the upcoming Windows Marketplace and Ovi Store from Nokia.

Yesterday, the long-awaited BlackBerry application marketplace joined the fray. Known as the Built for BlackBerry center, it will launch with about 75 apps in categories such as News & Weather, Sports, Travel & Mapping, and Games & Entertainment. 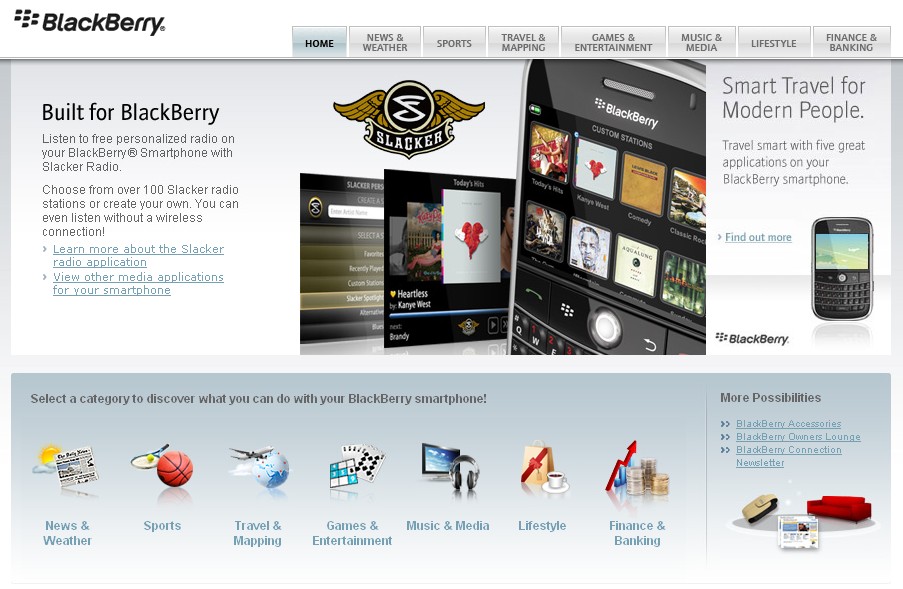 The concept of an application marketplace is great for the mobile market because it creates incentive to innovate for thousands of third-party developers out there. Apple now has 25,000 apps in the App Store, which has created all new uses and forms of engagement. These will be the true drivers of iPhone appeal and market penetration.

If you look at mobile OS market shares, Apple has seen a clear spike starting around the time of the introduction of the iPhone 3G and the App Store in July 2008 (a price dip to $199 didn’t hurt either). This seems to have caused a corresponding dip in share for the longstanding leader Symbian, while RIM and Windows Mobile have remained relatively flat. 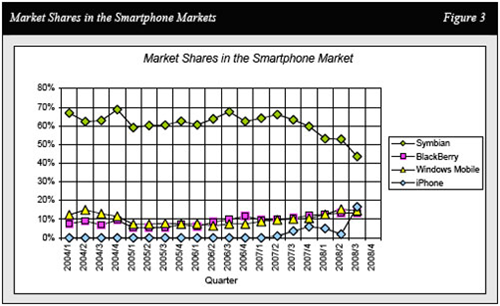 This has all come as smartphone sales have slowed on a year-over-year basis — though sales still outpace the overall global handset market, which was down about 9 percent in Q4 2008. What will set smartphones apart going forward isn’t bigger screens and keypads: It will be the new empowerment mobile users have been granted to have their pick of tens of thousands of apps to download and use.

We could see single applications come along to take the crown for the “killer app” of the mobile device. But so far, generally speaking, it’s the application marketplace that is mobile’s killer app: defined as the innovation that has unlocked its potential.