I missed this last week while at SES Chicago: Citysearch has launched its iPhone app as anticipated.

The features are similar to those offered by Yelp’s iPhone app. Though it’s later to the game than some other popular local search apps like Yelp, Urbanspoon and Zagat, it should get a fair amount of traction among iPhone users, given the strength of its online brand.

IPhone users also map well to Citysearch users in both demography and geography (the same can be said for Yelp). This follows closely behind Citysearch’s recent online revamp. 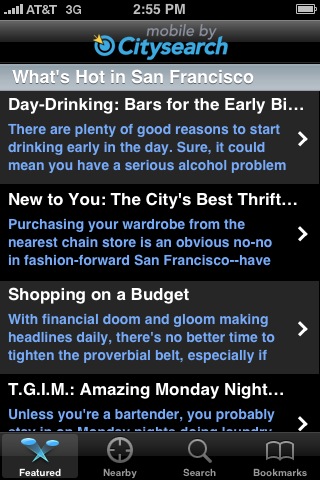 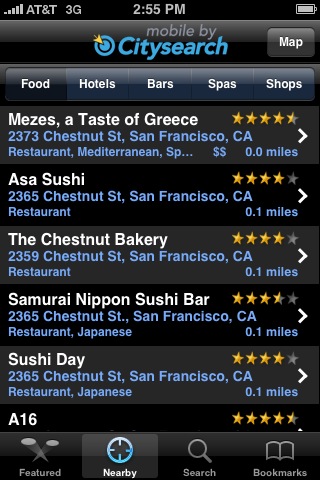 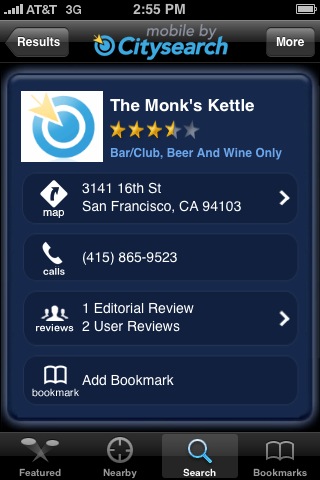 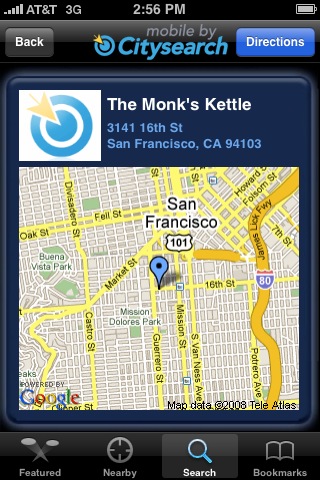