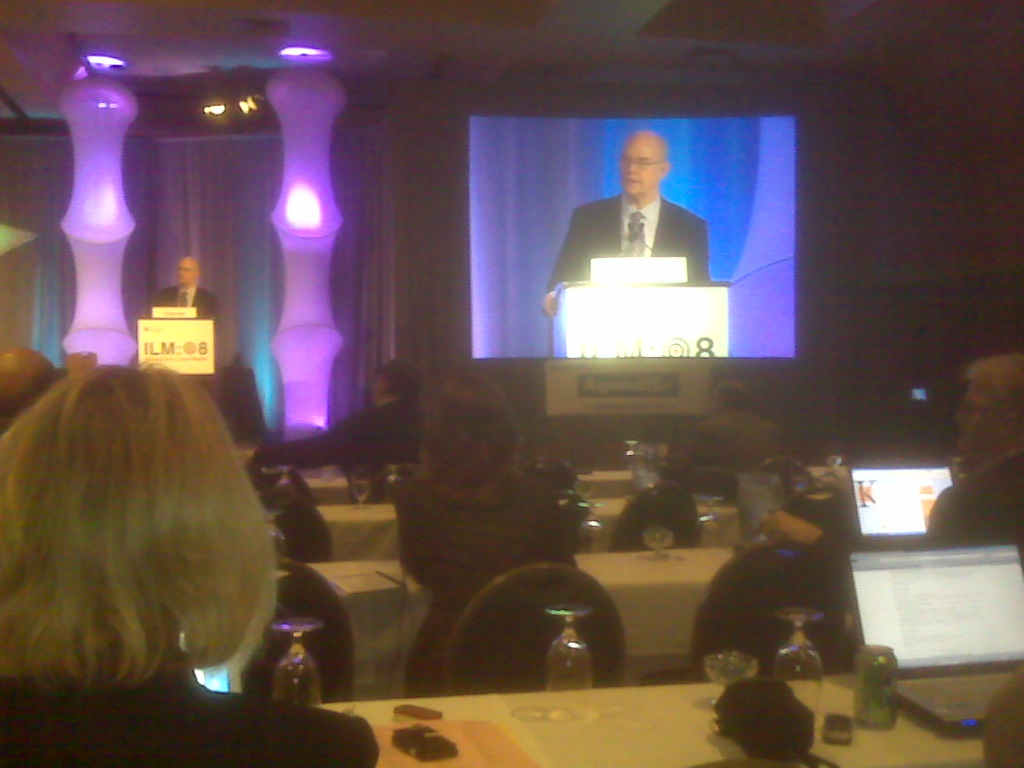 Mark Canon, president of U.K.-based Yell.com (part of Yell Group) kicked off Interactive Local Media 2008 today with an insightful, and at times esoteric, presentation that challenged much of the conventional wisdom that has driven organizations making the transition from traditional to digital.

Canon covered a lot of ground, but the headline was his assertion that companies like his need to “get used to paying taxes.” In other words, do not get hung up on ownership of traffic. His point is simply that in an environment like the U.K., where Google has 86 percent of search traffic, IYPs and others need to “learn to be good ‘symbiots’ ” and “focus on engagement rather than ownership.”

Some other choice comments from Canon include:

“Don’t get hung up on offering an end-to-end solution.”

When asked to amplify on his “symbiot” comment, Canon said that if you sell to SMBs, then you are useful to Google, since its model doesn’t scale to selling directly to small businesses. “Do a better job for Google than they do for themselves.”

Also, understand that Google is “fanatical about relevance,” so it is critical that your SMB content is “good enough so that it rises to the top of the food chain on Google,” Canon said.

Canon acknowledged that ceding ownership of the user requires a shift in thinking: “Ownership is not important, though it helps you talk to your board of directors.”

During Q&A, moderator John Kelsey challenged Canon’s assertion that “voice search and navigation” will soon gain prominence in directories and local search. Kelsey asserted that predictions of the advent of voice recognition have always been too optimistic. Canon’s retort was that “Google doesn’t release software products until they work,” referring to the new Google mobile application.