One central use case, for example, is to check what a particular repair should cost to make sure that an estimate you received is fair. The site does this with predictive modeling, using literally tens of billions of data points it has assembled about nearly every conceivable repair on 94 percent of passenger vehicles.

For this it takes everything into consideration, including not just make, model, mileage, etc., but also the city you live in, labor costs and the myriad factors that will help determine what you should pay for a given job. This all comes from a secret sauce of pricing surveys, expert input, labor data, geography and other factors that are plugged into a proprietary algorithm.

The opportunity here is particularly salient because of the lack of standardization in auto repair, says CEO David Sturtz, a former financial analyst who started Clearview Capital Management, a hedge fund.

“In our price surveying, we found an incredible distribution of prices that I don’t think you’re going to find in any other major industry in this country,” says Sturtz. “There is no pricing discipline because consumers simply don’t have the information to make really intelligent choices. Consequently we get huge distributions.”

This is not only an underserved need, but also one that has a huge addressable market (most car owners). The auto repair industry is a $150 billion industry with about 1 billion annual service visits, according to Sturtz.

First reactions are that it could be particularly valuable to those who don’t know a lot about cars — the stereotypical “estrogen surcharge” that can be applied by some dishonest mechanics. But Sturtz contends that even those who are mechanically inclined still might not know exactly what a head gasket replacement on a ’98 BMW 740iL should run them.

“I took two years of auto shop in high school and I have an engineering degree from Stanford, and I can’t tell when I’m getting ripped off,” he says. If nothing else the price estimator can serve as a final gut check — think of it as a virtual second opinion.

How this shakes out with mechanic interactions is one question mark, but the product has potential to empower consumers to print out a repair estimate and bring it in to show the mechanic. This might not carry a great deal of weight among some mechanics at the onset, but if reinforced with repeat lost customers or increasingly savvy ones, it could bring a level of transparency to a traditionally opaque process.

But the company isn’t interested in burning bridges with mechanics. Instead the business model will involve mechanics who can market themselves for certain auto problems or generate business through preventative maintenance. Currently it provides a searchable directory of 286,000 independent shops, including ratings and reviews that will continue to build over time. This is also the foundation for possible directional ad models or CPA-based repair scheduling.

“For auto shops, we can be a good source of qualified leads,” says Sturtz. “In the repair price estimator, if you indicate that you need a 75,000-mile scheduled maintenance and you give us your ZIP code, you are a piece of business waiting to happen for a number of local shops.”

The company’s data sources can also tell users what types of problems will statistically start to occur based on their car’s vital information. In that respect it could serve as a trusted source of repeat visits for registered users. This currently takes form in a personal portal known as MyCar (free to register) for all things that have to do with your car, such as service history.

Other future features could include a “buy or repair calculator” that would help in the dreaded process of deciding whether to junk your car or get it fixed. This comes with its own set of ad models for dealers or national advertisers.

“The people that sell cars salivate over being there when someone is deciding whether or not it’s time to buy, and having all the information that someone is thinking about selling a Toyota Avalon and upgrading to a Lexus,” says Sturtz.

What could follow are some of the more auto enthusiast bells and whistles seen on sites such as Autobytel’s MyRide. But in the near term, Sturtz wants to focus on the admittedly less glamorous core model, where there is a larger market of non-enthusiasts, and currently an undeserved need. 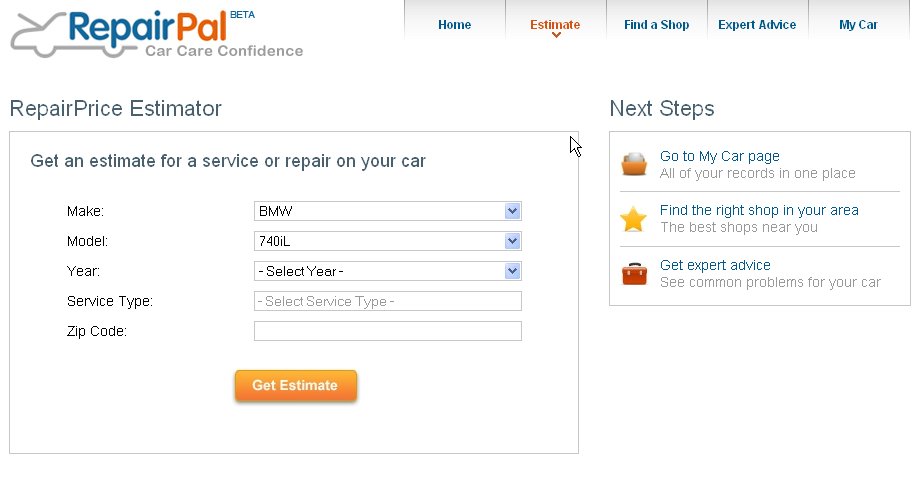 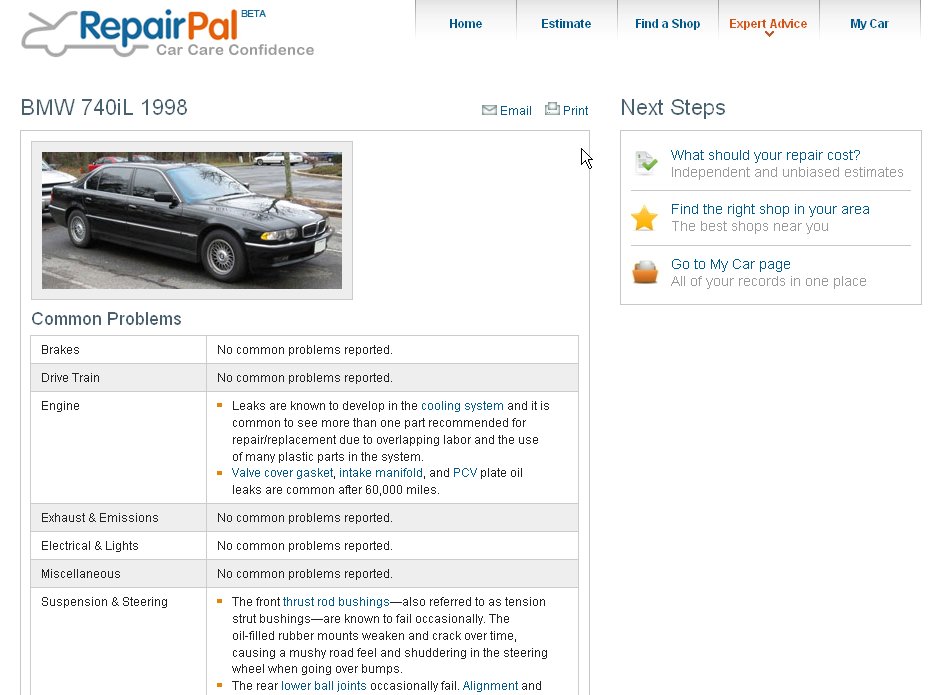