Comcast this week announced that it will open up its own island within the virtual world of Second Life. Second Life is increasingly becoming a marketing venue for companies that wish to reach the young and tech-savvy set that play it.

The potential exposure can be more immersive and interactive than other online media, given the fanatical and repetitive play it receives. But such a marketing campaign can cede a certain amount of control in the anything-goes atmosphere of the virtual world.

Some advertisers that have sponsored events and concerts in the game had their marketing thrashed as pranksters within the game rushed and looted the stage. Others that have marketed more successfully in the game include Starwood Hotels and American Apparel (examined in a past post).

Second Life makes its money from a combination of exchange rates on its virtual currency (the Linden dollar, named after the game’s owners Linden Labs) and selling space to corporations on these virtual islands. In Comcast’s case it has rented an island and hired programmers to fill it with promotional freebies for users, such as an auto race track, a jet ski track, a jet pack course and a concert series featuring Second Life and real-world artists. A New York Times article earlier this week breaks down some of these costs.

For now most of the advertising in Second Life is national brand and awareness advertising, but it could indeed have local relevance soon. If not within Second Life specifically, this will apply to immersive online experiences that integrate 3-D virtual domains (and possibly avatars) into local search experiences. A possible venue could be a future iteration of the 3-D mapping tools that are beginning to be rolled out, most notably Microsoft’s Virtual Earth 3-D. 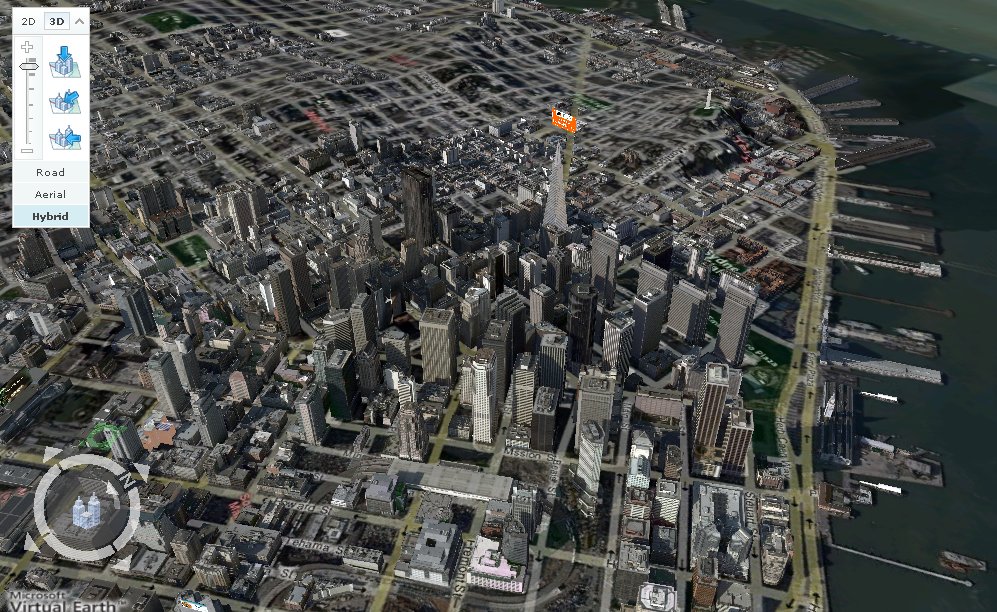 The 3-D mapping engine combines local search and Second Life by enabling users to fly through virtual cityscapes. It has mostly had novelty appeal so far but will gain utility in local search and social networking as it evolves. These things are a key part of the product road map, according Bobby Figueroa, director of product management for Windows Live Local, whom I spoke with at the October launch party.

Recently Virtual Earth 3-D (through Microsoft Live Local Maps) opened up New York and a handful of other cities, which really put the product on the map (no pun intended) with users and mainstream media – so much so that most thought it was a new product.

But the possibilities for local are to move beyond the paradigm of a big map and a handful of links to instead have a 3-D mock-up of your city or neighborhood that pinpoints local search results. This could also go a step further by letting you enter stores, check out real estate or try on clothes to be ordered online or reserved for pickup (using a virtual avatar that has your body measurements). These are just a few possibilities that come to mind based on the current version of the product. Many more will make themselves clear as it evolves. 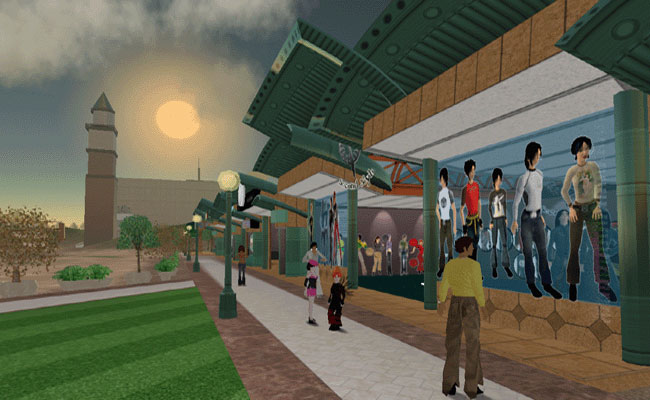 For now, 3-D mapping is a bit ahead of its time, as its full experience isn’t possible with the average broadband connection. This could change soon with high-speed fiber to the home initiatives being led by telcos (and incented by IPTV and triple-play offerings). Meanwhile, interesting 3-D mapping tools continue to roll out that are decidedly less broadband hungry, including Google Maps Street View and Everyscape.

When broadband speeds, processing power and graphic chips catch up to 3-D mapping technologies, it could see greater adoption for both the fantastical Second Life-type experiences, and more practical local search and 3-D mapping applications. Watching them converge in different ways will be interesting, and will affect the standards that emerge for the next generation of local search.