Earlier this week, the NAA released its Q1 figures for the financial performance of the newspaper industry. The numbers tell the same old story: Print ad revenues are down, while online revenues saw double-digit percentage growth (although still a drop in the bucket of overall revenues). The numbers are no surprise and also jibe well with TKG data from the most recent User View survey (Wave IV) that show online newspapers rising in use as a source of content (editorial and advertising), while print has declined in this measure. The question isn’t what the numbers show but how (and when) newspapers will react.

According to the NAA Q1 figures, online revenues increased 22.3 percent to $750 million when compared with the year-ago period. This marks the 12th consecutive quarter of double-digit growth for online newspaper revenues. The percentage of overall revenues attributed to online is likewise climbing (albeit slowly given the scale of offline revenues). Online now accounts for 7.1 percent of total newspaper ad spending, compared with the 5.5 percent the NAA reported for Q1 2006.

Now the bad news: Overall newspaper ad revenues totaled $10.6 billion in Q1, a 4.8 percent decrease from the year-ago period. The total was of course dragged down by falling print revenues. Ad revenues here were $9.8 billion, down 6.4 percent from a year earlier. As the chart above shows, double-digit classified declines (13.2 percent) were the biggest culprit here.

If you believe user trends are leading indicators of advertising and revenue performance (as advertisers invariably follow eyeballs), TKG data indicate print revs will continue to fall while online rises. The most recent wave of User View (Wave IV) shows print newspapers declining and newspaper Web sites rising as sources of local shopping information. The same trend can be seen among overall Internet users, although the margin is greater, not surprisingly, among broadband users.

The real question comes down to projecting how far this trend will continue and, likewise, how newspapers can embrace and develop online models, where the growth is, without cannibalizing or accelerating the declines in the much larger print category. This has been an issue the industry has grappled with for a few years, and it’s clear that it isn’t going away.

A Call to Action?

At the NAA conference in January, a palpable theme was a call for change, and what seemed like a genuine interest in developing online models for better news and ad distribution, better online classifieds destinations, and other Web 2.0 aspirations such as mobile distribution and online video.

The feeling was also palpable that many newspaper execs are grabbing at straws and don’t fully comprehend these technologies or the true challenges and opportunities they hold. Many publishers have come around to the strategy to buy or partner to bring in not only the capability, but also comprehension of quickly developing online technologies. There are meanwhile a handful of companies that have risen to help newspapers better position their assets online in various ways, including Planet Discover (owned by Gannett), Adicio and HarvestInfo, to name a few.

There are also exceptions that have had relatively solid execution of new online models, such as The New York Times (Times Select). Also note Times publisher Arthur Sulzberger’s progressive attitude toward online, and the comments of digital chief Martin Nisenholtz at the YPA conference (related to directory opportunities) which my colleague Peter Krasilovsky chronicled. 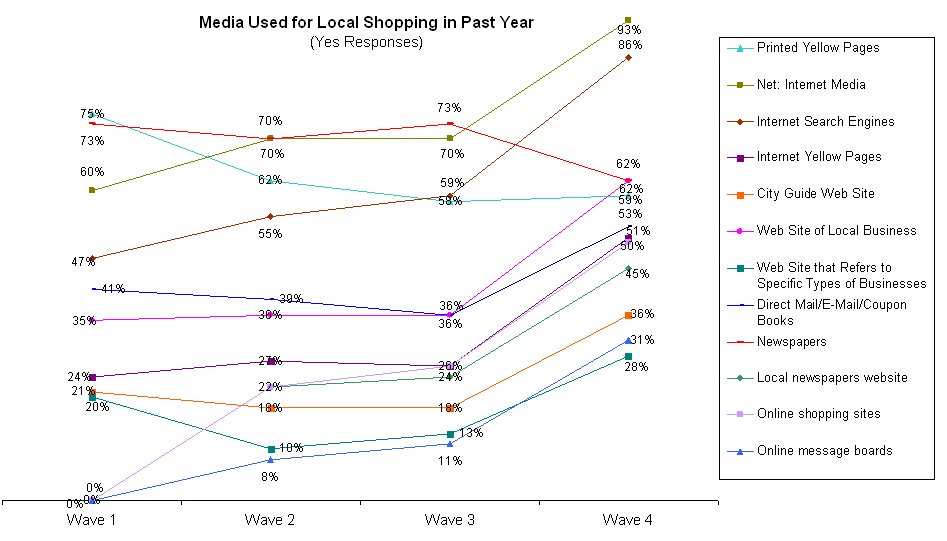 One place to start is building better universal search that ties together the many assets newspapers have, including trusted local news, classified content and aggregated directory data. This is a challenge, however, in that these forms of content have traditionally been siloed in different buckets and search algorithms are inherently different in each type of search (a classified search is “messier” than a directory search when you look at the search terms that are used).

Google and Yahoo! are beating newspapers at online news aggregation, so newspapers have to play this game in order to win (“The era of the walled garden is over,” says Nisenholtz). Combine the comprehensive experience of news aggregation with the local flavors that Google can’t replicate, by creating destinations that allow for personalization (including RSS), news aggregation and local content (past commentary here).

This is easier said than done given organizational inertia and other realities that I’m likely forgetting, and this is just one area of development. But the numbers will eventually compel publishers to develop online models more aggressively. The questions are mostly how and when, and it won’t be an easy transition.

Related: A TKG report is in the pipeline to examine online newspaper strategies and opportunities.